What Exactly is GrooveFunnels?

GrooveFunnels or now collectively the Groove Apps is a suite of marketing tools that allows business owners to promote and market their products and services online, with all the software tools fully integrated with each other. There are many features in the software suite that have been designed by expert marketers to make it easier to market online.

Each App is designed to be used in a specific area of marketing. The first app to be released was a sales funnel maker. However, each of the 16 apps is very powerful and all are branded with Groove Apps names. At the moment, there are 16 Groove Apps. However, more are in development and will be added over time.

Groove.cm is the new website domain where you will register for the previously known app bundle marketed under the GrooveFunnels collective name.

The software was initially released in May 2019. At this time it was decided that the software would be made available as a pre-release or beta version. This is a common practice for software releases. It allows developers to get more user feedback and fix development errors that are an everyday part of software development. This was necessary due to the complexity of all software apps being able to interconnect seamlessly. 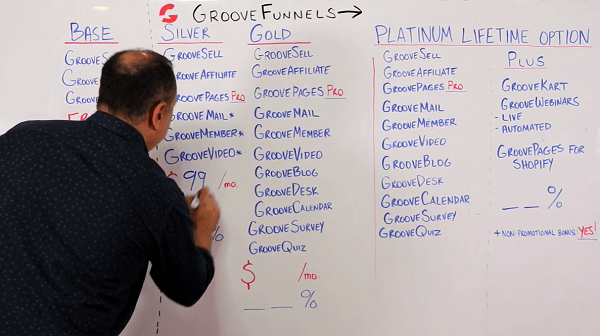 To encourage users to buy software and use it while it was in Beta Groove Digital agreed to lower GrooveFunnels prices for its uses. The software’s roadmap was to create a set of marketing tools and apps that would be the best for online marketing. It would replace the existing range of marketing software, which was limited to different vendors. The software could not be connected easily to allow for significant automation.

Groove Digital’s goal was to create the first fully integrated software suite for marketing. It would have a common design and look, but also share customer data. This would allow for significant marketing automation.

When the product development roadmap for the Groove Apps was originally released the product creators grouped the apps into three groups of Silver, Gold and Platinum. Each group had additional apps than the previous and the Silver was seen as the most essential apps applicable for use for all business owners use.

The apps in the Platinum range were the highest and the complete access to the 16 apps with no restrictions on usage or quotas within the apps. Some of these app features were seen as very high-end and would generally be the sort of app that larger more established companies may use more than smaller business owners e.g. webinars.

Is GrooveFunnels Lifetime Deal Worth it?

When you consider the cost of each of these 22 apps you might use in your business, the GrooveFunnels lifetime offer is definitely worth it. GrooveFunnels’ current lifetime deal pricing has increased from $1,397 in August to $1,997 in September. The total cost of each app, when compared with other marketing software marketing apps, would be many thousands of dollars per month.

When Does the GrooveFunnels Limited-Time Deal End?

GrooveFunnels’ lifetime deal will expire completely towards the end of 2021. This coincides with the time all beta apps are finished development and have been launched. The webinar apps are now available for preview.

GrooveFunnels was not always free, but Mike Filsaime and the business owners in Groove Digital felt that they had to give back to the community during COVID 19 and help businesses that were affected by the lockdowns. The Groove Lite Plan is currently still available for free.

GroovePages and GrooveFunnels are included in this plan. GrooveKart, GrooveSell, GrooveKart, and GrooveFunnels app access will also be available. Anyone with an email address can access this service. You don’t need to use a credit card. If you’re interested in Groove Funnels but don’t want to invest a lot of money, this is a great way to try it out.

Groove Funnels also provided a free account while the product was in beta. You can access all the tools with certain limit restrictions. All the tools can be accessed without a credit card. After the products go to monthly billing there may be some other changes for the free version for new users, some features might not be available for free.

GrooveDigital is behind Groove Apps and GrooveFunnels. Joe Jablonski and Mike Filsaime run GrooveDigital. Anyone who has used the internet for any length of time will be familiar with Joe and Mike. You may have used or seen some of Mike’s earlier software releases such as EverWebinar, WebinarJam and Kartra.

How to Use GrooveFunnels

Groove’s GrooveFunnels currently offers 16 marketing tools as Groove Apps. The way you use them with your lifetime plan will depend upon your business model. Most of the apps are familiar to business owners, including calendars, emails, surveys, webinars, and membership sites.

GroovePages or GrooveFunnels may be unfamiliar to business owners, but these apps are meant to compete with funnel-building software like ClickFunnels or Kartra. Funnel builders are a relatively new marketing tool but have seen a lot of increased popularity over the past few years. However, they are expected to replace standard web pages that business owners use to promote their products and services as they can become more targeted for consumers to funnel them with traffic directed to them than a webpage can achieve.

Some software marketing apps or tools are specifically designed for e-commerce businesses, such as GrooveKart. GrooveDesk is also available for business owners who run a support desk. See how GrooveFunnels can be used to build a sales funnel in my GrooveFunnels review 2021 post. Also, read my GroovePages review 2021 post for more information about GroovePages’s sales funnels.

The GrooveFunnels apps Platinum lifetime deal is closing February 2022 in which you can pick up the whole marketing suite with a lifetime license for a one-off cost of just $1997 with payment plan options included. This is a massive saving over the future subscription cost of $299 per month when the GrooveFunnels lifetime offer closes this month. You can also grab a free account by clicking here while they are still available. 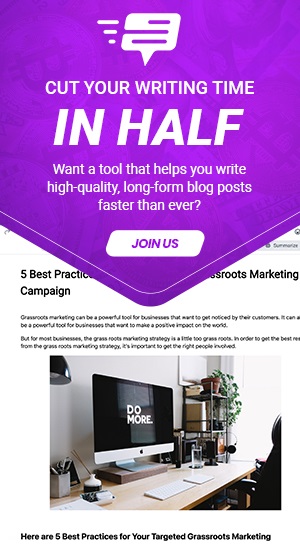 How to Boost Your Creativity with AI Writing Software

Shine Ranker Review: All You Need to Know About this Best SEO Tool

Porter
We use cookies on our website to give you the most relevant experience by remembering your preferences and repeat visits. By clicking “Accept All”, you consent to the use of ALL the cookies. However, you may visit "Cookie Settings" to provide a controlled consent.
Cookie SettingsAccept All
Manage consent

This website uses cookies to improve your experience while you navigate through the website. Out of these, the cookies that are categorized as necessary are stored on your browser as they are essential for the working of basic functionalities of the website. We also use third-party cookies that help us analyze and understand how you use this website. These cookies will be stored in your browser only with your consent. You also have the option to opt-out of these cookies. But opting out of some of these cookies may affect your browsing experience.
Necessary Always Enabled
Necessary cookies are absolutely essential for the website to function properly. These cookies ensure basic functionalities and security features of the website, anonymously.
Functional
Functional cookies help to perform certain functionalities like sharing the content of the website on social media platforms, collect feedbacks, and other third-party features.
Performance
Performance cookies are used to understand and analyze the key performance indexes of the website which helps in delivering a better user experience for the visitors.
Analytics
Analytical cookies are used to understand how visitors interact with the website. These cookies help provide information on metrics the number of visitors, bounce rate, traffic source, etc.
Advertisement
Advertisement cookies are used to provide visitors with relevant ads and marketing campaigns. These cookies track visitors across websites and collect information to provide customized ads.
Others
Other uncategorized cookies are those that are being analyzed and have not been classified into a category as yet.
SAVE & ACCEPT